Mental illness is a broad phrase that refers to a collection of conditions that might affect a person’s thinking process, perceptions, mood, or behavior. Mental illness can affect working, personal relationships and other basic demands. Silver lining is most people can manage their mental illness with medication, therapy or both. We’ve listed some of the more common mental health issues and mental illnesses.

Major symptoms of depression are feeling low, tearful, irritable or tired, accompanied by symptoms such as changes in appetite, and problems with sleep, concentration and memory. People with depression typically have many negative thoughts and feelings of guilt and worthlessness. The main symptoms are having a number of excessive, inordinate worries, and having difficulty in controlling them. A person with anxiety disorder may also have trouble concentrating or sleeping, have tense muscles, feel irritable, easily and tired. The main symptoms are having unexpected and recurring panic attacks, and worrying about having another panic attack. A panic attack may happen because of a particular situation, or it may have no obvious cause. The symptoms also include increased heart rate and unreasonable fears and phobias. Bipolar disorder is a mental health condition characterized by extreme mood swings. Key symptoms include: episodes of mania, or an extremely elevated mood and episodes of depression, or a low mood. The main symptoms are having thoughts, images or impulses or urges difficult to get rid of. Common obsessions include being afraid of dirt and germs, worrying for people’s safety, wanting to have things in a specific order. Common compulsions include excessive washing and cleaning, checking things repeatedly, repeating words or numbers in a pattern. The most common symptom of PTSD is having repeated and intrusive distressing memories of a particular threatening or fearsome event. There may also be a feeling of reliving the event through flashbacks or nightmares. Physical reactions, such as shaking and sweating are also possible symptoms. Common symptoms include severe restriction of food, food binges, vomiting the eaten food or over-exercising, obsession with body weight or body shape. In severe cases, eating disorders can cause serious health consequences and even death. The most common types of eating disorders include:

Paranoia is the irrational and persistent feeling that people are ‘out to get you’. Paranoid symptoms include being easily offended, finding it difficult to trust others, being hostile, aggressive and argumentative, not being able to compromise, feeling persecuted by the world at large. People experiencing psychosis are unable to distinguish what is real and what is not. Common symptoms include: confused thinking, delusions, hallucinations – hearing, seeing, smelling or tasting something that isn’t there, changed behaviors and feelings. Schizophrenia is a complex psychotic disorder marked by disturbances in thinking and emotions, and a distorted perception of reality. Symptoms of schizophrenia vary widely but may include hallucinations, delusions, social withdrawal, lack of motivation and impaired thinking and memory. Dementia is a term covering a wide range of specific mental conditions. Those suffering from dementia-related disorders may experience a decline in their cognitive abilities. They often decelerate functioning abilities, destroy memory and thinking skills, eventually, striping the ability to carry out the simplest tasks. Dysthymia is a milder, but long-lasting form of depression. It’s also called persistent depressive disorder. Symptoms include mood swings, and destructive thoughts. It affects the way you eat and sleep, think or feel about yourself. Substance-induced mood disorder is a change in the way you think, feel, or act, caused by taking or stopping to take drugs. Those medicines and illegal drugs can lead to having depression or mania. Body dysmorphic disorder or body dysmorphia, is a mental health condition where a person spends a lot of time worrying about flaws and imperfections in their appearance, which are often unnoticeable to others. Men and women of any age can be affected, but it’s most common in teenagers and young adults. Factitious disorders are conditions in which a person deliberately and intentionally creates or complains of physical and/or emotional symptoms in order to place the individual in the role of a patient or a person in need of help. A person with a somatic or psychosomatic symptom disorder, experiences physical symptoms of an illness or of pain and discomfort with an excessive and disproportionate level of distress, regardless of whether or not a specialist can find a medical cause for the symptoms. People with tic disorders make sounds or display nonpurposeful body movements that are repeated, quick, sudden, and/or uncontrollable. Vocal tics are sounds that are made involuntarily. Borderline personality disorder severely impacts a person’s ability to regulate their emotions. Loss of emotional control can increase impulsivity, affect how a person feels about themselves, and negatively impact their relationships with others. A split personality or dissociative identity disorder is a mental disorder where a person has two or more distinct personalities. The thoughts, actions, and behaviors of each personality may be completely different. This condition is often caused by trauma, particularly during childhood. Narcissistic personality disorder is associated with a lasting pattern of exaggerated self-image, self-centeredness, and low empathy. People who have this condition tend to be more interested in themselves than in others.

You can use "Most Common Mental Disorders" as Instagram Carousel 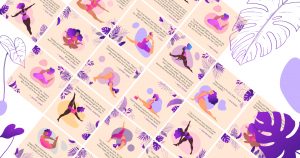 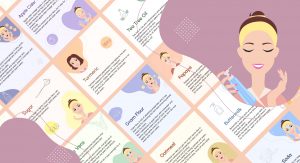 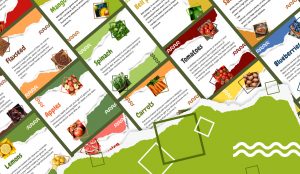